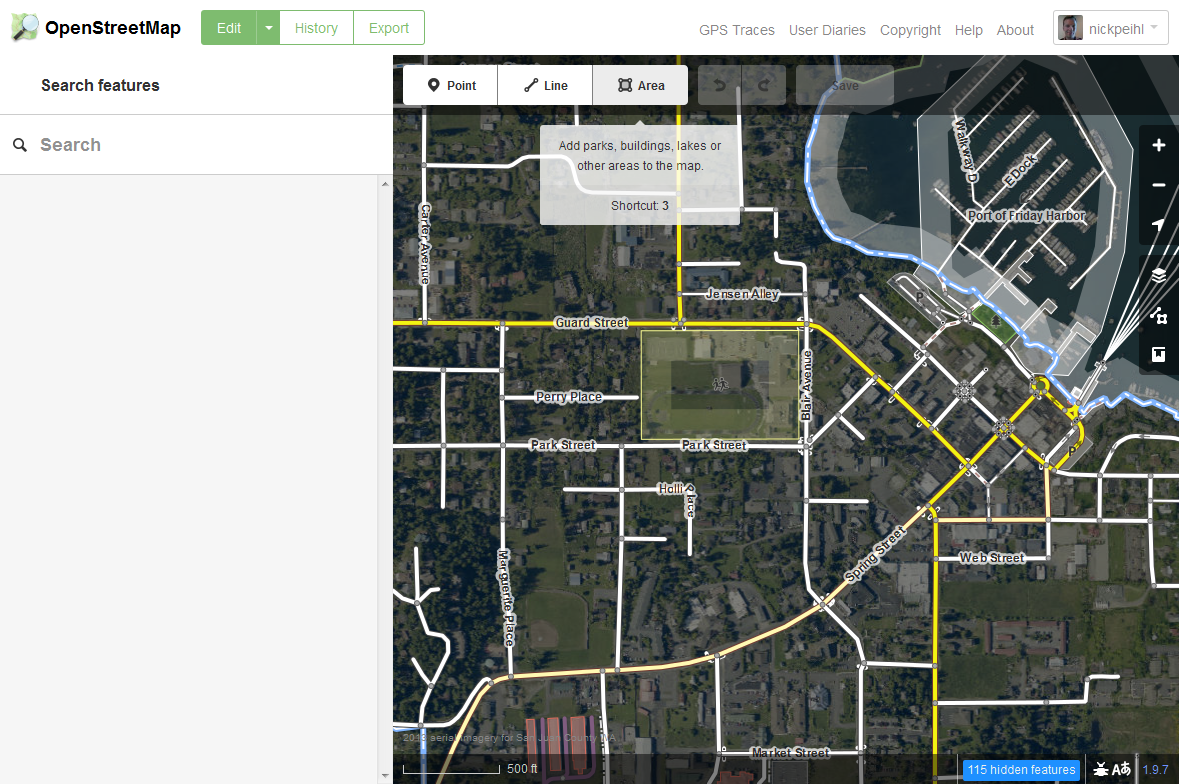 The OpenStreetMap iD Editor was released on May 7, 2013, the same day I starred it on GitHub. At the time I had never contributed to OpenStreetMap1. I found the Potlatch and JOSM editors clunky and difficult to use. The iD editor has a much easier learning curve for beginners.

The iD editor can (and has been) extended to custom non-OpenStreetMap uses. The National Park Service has created a fork of iD editor called Places Editor which is used internally by NPS staff to edit their own map data. Bryan Housel gave a very interesting presentation on customing the iD editor at the 2016 State of the Map US conference.

Every time I think of iD editor, I come back to this Mapbox article showing a theoretical tracing concept. As far as I can tell, this plugin has not been released, but the possibilities are amazing.