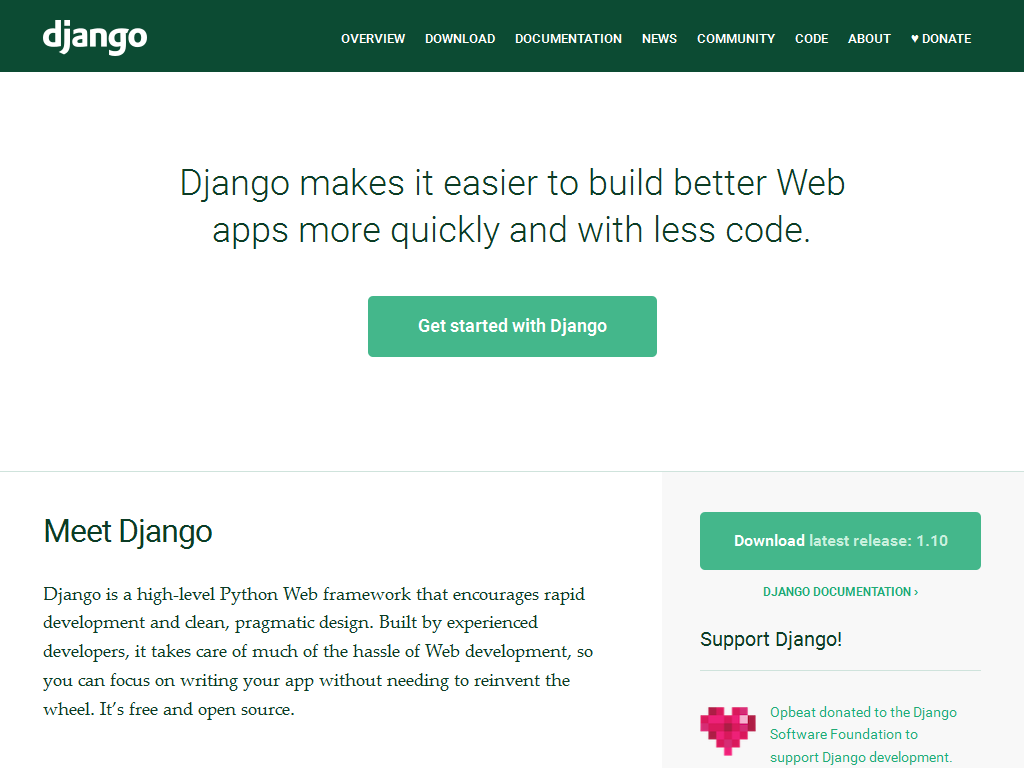 The Django repository received my sixth star on GitHub on April 28, 2012. Django is an open source web application framework written in Python. Django first introduced me into the Model-View-Controller (MVC) application architecture. Django works with many database backends including but not limited to PostgreSQL and SQLite.

With Django I was able to quickly create web sites for collecting and displaying data from consultants and other users. My first Django application migrated a species occurrence database from Microsoft Access to a web-based form that enabled scientists to quickly create and view species occurrence data from field inspections. This made collaboration between agencies much easier and more efficient. Lately I have been focusing on front-end web applications so I haven’t used Django in several years. But Django still holds a very special place in my heart.