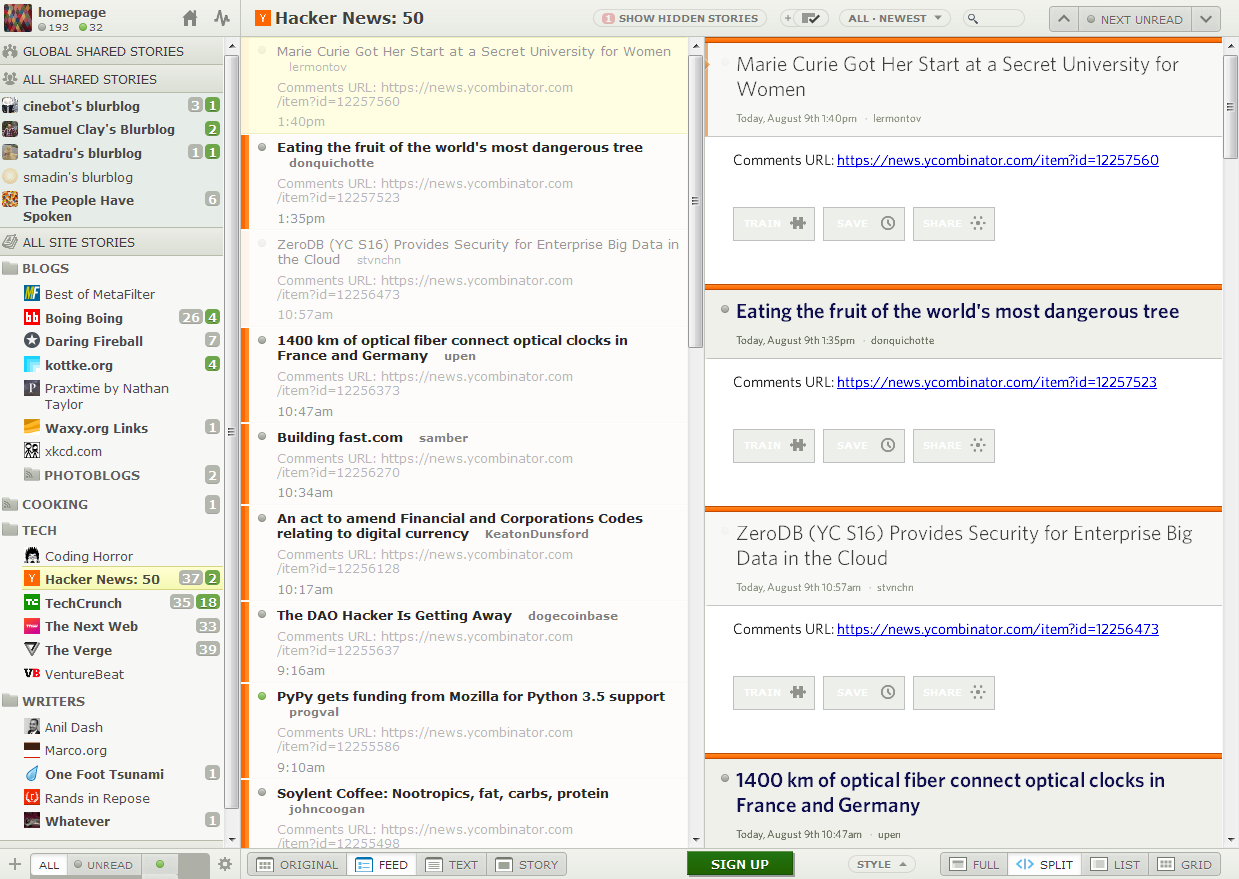 NewsBlur touts itself as a personal news reader. It pulls in articles from RSS (real simple syndication) feeds where users can log in and read articles from any device. Articles you read are marked as read no matter which device you read from. Early on, this was one of my gripes with software RSS readers. You can mark an article as read or unread on one device, but the status isn’t carried over if you switch devices or RSS reader. NewsBlur fixes this but saving the read/unread status on their servers.

NewsBlur was my very first Star on GitHub on April 12, 2012. At the time I was using rss2email to send articles from my RSS feeds to my email. Since I was using IMAP for email, reading the article on one machine also marked it as read for all other devices. Unfortunately, some RSS feeds would place most of the articles below the fold, which meant I needed to open the entire website. I was working on a Python script that could scrape the entire article and place it in the email when I discovered NewsBlur’s Story Mode which already does this. Since NewsBlur is open source, I was able to peek at the source code to see how the it was done.

Soon after I ended up abandoning rss2email and switched to NewsBlur. Although I’m still a paying customer, I rarely read articles on NewsBlur anymore.